Stop thinking of data versioning as "git for data"

For instance here and here.
.

Why do we version code?

We version code to enable experimentation and collaboration.

When a user creates a commit, they have a set of changes they're comfortable with. By committing, they define a fixed point to come back to when experimenting. Versioning therefore enables experimentation without endangering the existing code base.

Version control also enables collaboration. Features like branching, merging, and pull requests allow teams to collaborate on a single code base without treading on each other's toes.

The main value of source control is not auditability. Sure, git blame and git bisect can tell us when a regression was introduced. But even if those weren't available, people would still use version control for code. 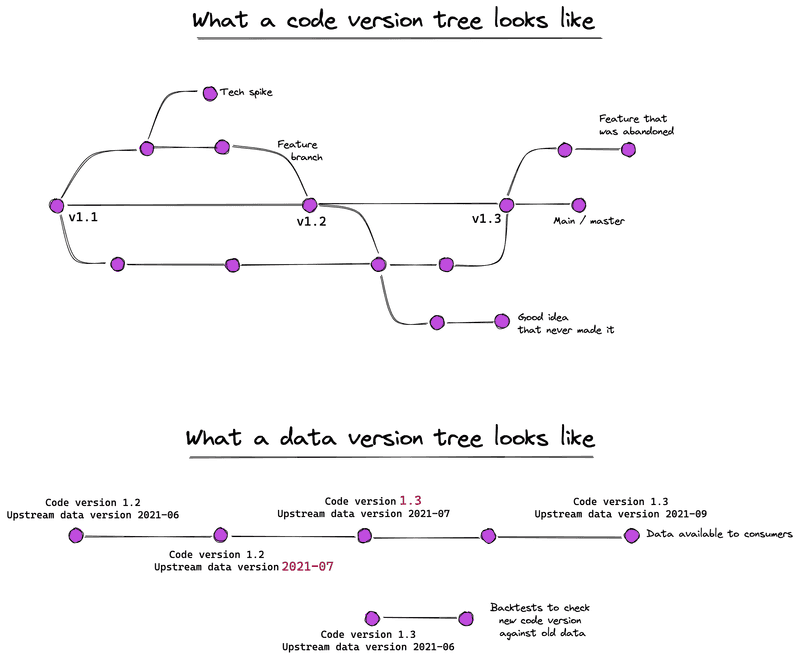 And what about data?

Version control for data is different. Data scientists don't collaborate on a dataset. They might use it as input, or tweak the process that generates it, but they aren't manually editing the data in the same way they might edit code. Data is a byproduct of some process.

So why version data? There are three common reasons:

Data is not self-documenting

Code changes are self-documenting. By reading the diff between two code versions, I can understand what changed. This is enhanced through the addition of metadata linked to the change, like commit messages or pull request descriptions.

Data changes are, by contrast, not self-documenting. I can't easily tell whether the difference between two versions of a dataset arise from differences in the data they were generated from, or the code that was used for the transformation etc. To make sense of the difference between two versions of the same data, I need access to information beyond the dataset: what version of the code was used to create this version? What happened during the generation process? What parameters or options were passed to the process generating the data? What versions of the upstream datasets were used as input?

Thus, data changes are not, by themselves, self-documenting. It's only when they can be linked back to the generating process that we can make sense of them. 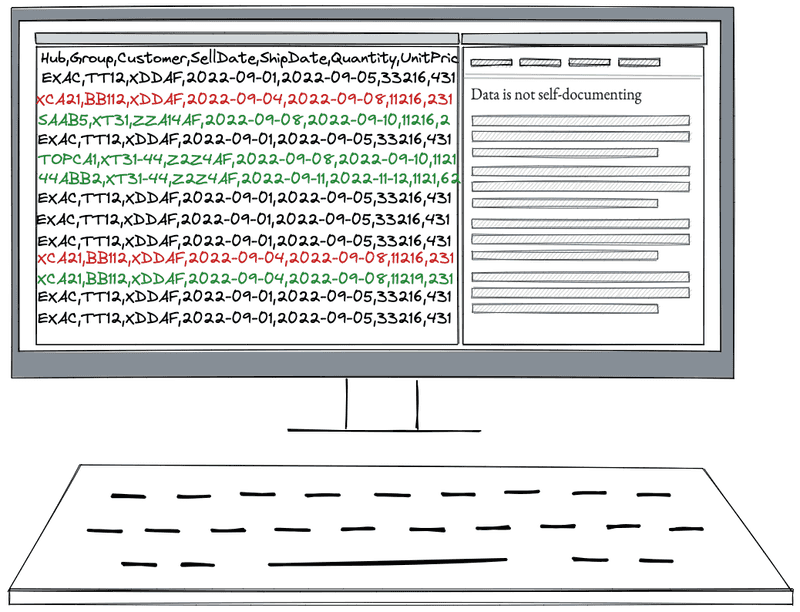 In the next post, we will explore practical implementations of a data versioning system fit for AI powered organisations.